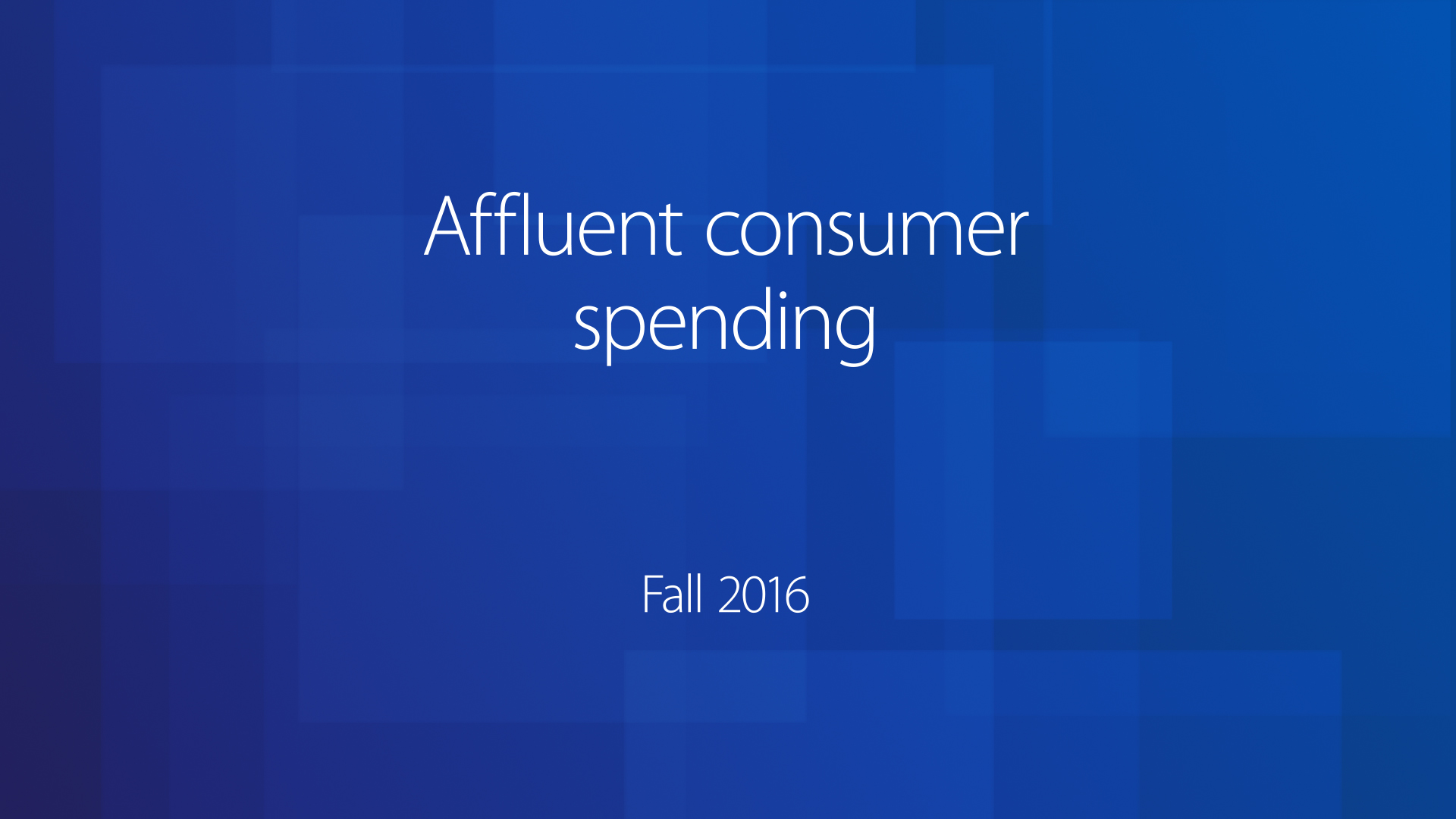 October 21, 2016 - More than seven years since the Great Recession, the U.S. economy continues to expand. Weak gross domestic product (GDP) figures do not tell the whole story and mask the strength of the consumer. According to IHS Markit, real GDP is expected to rise just 1.4 percent in 2016. This stems from a pullback in business investment—especially in energy—and government spending.

GDP should accelerate to 2.2 percent in 2017 as these factors dissipate. Consumer spending* remains the engine of the economy and is on track to expand 3.8 percent in 2016 and 4.3 percent in 2017. A larger share of spending is expected to be on services and nondurable goods—a change from recent years when consumers spent more on durable goods (such as cars) that they had delayed replacing during the recession.

Solid macroeconomic factors are supporting consumers and their ability to spend. Robust job gains—averaging 178,000 per month in the first nine months of 2016—have driven the unemployment rate down to 5.0 percent. The recent increase in wages is even more encouraging—rising at a 3.0 percent annual pace, which should nudge workers who have been sitting on the sidelines to rejoin the labor force. This will help to bring the economy to full employment. Such improvements are lifting household incomes and bolstering consumer confidence. 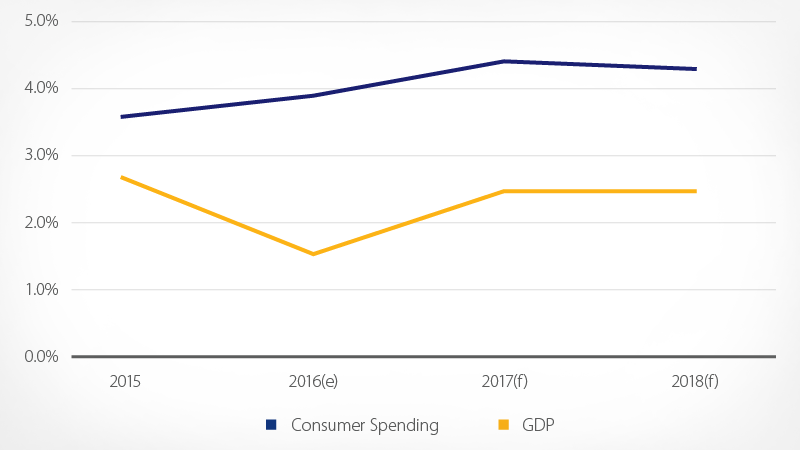 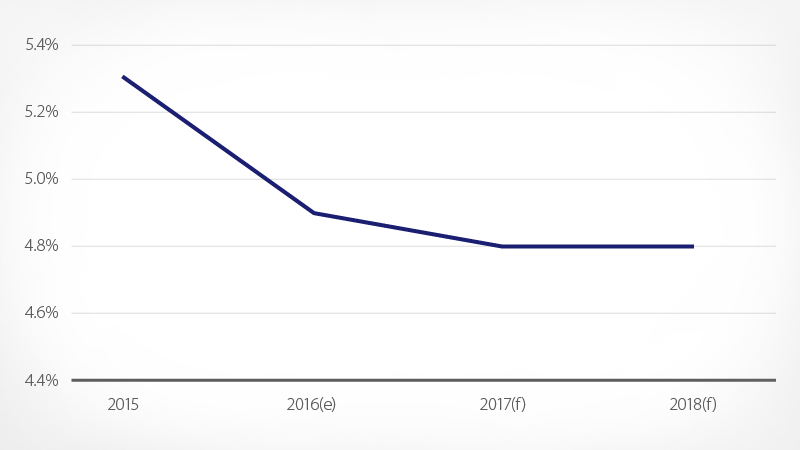 Consumers are also benefitting from rising home and equity prices—causing them to feel wealthier and potentially spend more. Home prices have risen more than 5.0 percent annually for the last four years, bringing prices nearly back to their pre-recession peak. This is because the supply is not keeping up with demand. In some cities, the housing shortage is causing overbidding, raising concerns about potential bubbles in housing prices.

The recovery in the equity markets—and the recent records set—are further improving the consumer’s financial position. Spending among affluent consumers benefitted most, given that they hold most of the stock wealth. The equity market gains—among other factors—help explain the rebound in affluent spending in the first half of 2016. Learn more about affluent consumer spending.

Fed is likely to raise rates

Historically low bond yields may be fueling equity market gains, a function of the Fed’s accommodating policies. The Fed has raised rates only once since the financial crisis—citing low inflation and global uncertainty—but is expected to raise rates once more in 2016. Although any increases are likely to be highly data-dependent, the federal funds rate is expected to reach 1.25 percent by the end of 2017 and 2 percent a year later. Core inflation—excluding food and energy—is gradually firming, but remains below the Fed’s 2 percent target. Oil prices are expected to remain in the $45-60 range over the next couple of years.

Risks and forecast for the economy

This outlook is not implying that everything is rosy. The biggest risk to the outlook is the upcoming U.S. presidential election. Additionally, the regulatory environment, weakness in emerging markets, Brexit and Zika are also areas of concern. Unprecedented negative interest rates in many countries could also cause unintended consequences. Although these risks keep many awake at night, the consumer spirit remains relatively intact. Some cynics may bemoan a deterioration in economic growth, but the solid fundamentals underpinning the consumer should keep economic expansion on course. 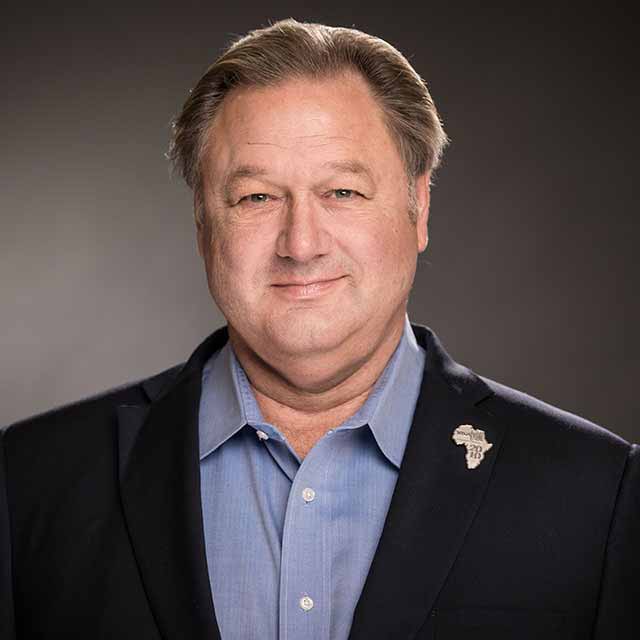 Wayne Best leads Visa’s Business and Economic Insight team. As chief economist, he keeps close watch on emerging opportunities in the trillion-dollar payments industry. An active participant in the World Economic Forum’s Future of Consumption community, he identifies economic trends shaping the future. Best’s presentations and reports explain the impact of these trends to company and client executives, as well as government leaders around the globe. Before joining Visa in 1990, Best worked as a consultant performing cost benefit analyses for the power industry. In addition to an MBA, Best holds a degree in nuclear engineering and has participated in the Stanford University and Kellogg School of Management executive programs.