February 24, 2020 – Retail sales (excluding auto sales) growth decelerated in January to 4 percent year-over-year (YoY) after surging in December. On average, the growth in retail sales continues to trend higher. The closely-watched control group (which feeds into the calculation of GDP growth) was downwardly revised for December and flat in January, signaling that consumer spending started Q1 on a softer note.

Consumer confidence showed a slight uptick of 3.4 points from December to January. Confidence in both current and future economic conditions increased as trade tensions subsided with the trade agreement between the U.S. and China and a new trade deal passed between the U.S., Canada and Mexico.

After a solid holiday shopping season, consumer spending downshifted a bit in January, even in light of strong job growth and elevated confidence levels. Disposable income growth has begun to decelerate, which is likely translating into more cautious consumers.

This year started off with strong job growth while price pressures have emerged over the last few months. Consumer confidence also posted a sizable improvement in January, implying that the economy remains well positioned for consumer spending growth in 2020. 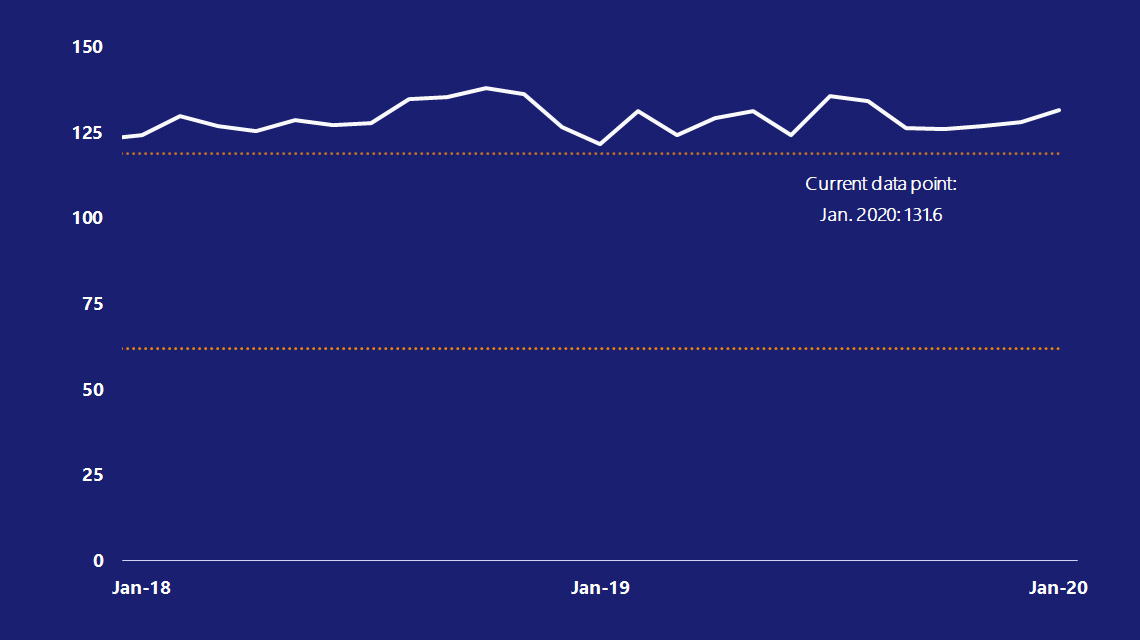 The orange lines represent the normal range for each measure in the current business cycle, defined as one standard deviation above and below the average change since August 2009.

Visa’s Monthly Consumer Monitor is posted on visa.com once per quarter. To receive a monthly email with this report, as well as additional economic insights from Visa’s team of economists, please subscribe here: https://globalclient.visa.com/visaeconomicnews.