In the United States, a dip in housing prices typically leads to a decline in consumer spending. This is not the case in Southeast Asia, so it is unlikely spending will suffer as a result. The big difference between the two markets is the heightened regulatory environment in Southeast Asia, as well as the less sophisticated financial markets that limit the liquidity of changes in housing wealth.

Over the past four decades, trade and urbanization increased substantially in Southeast Asia, prompting rapid economic growth and prosperity. Today, 22 percent of the region’s population lives in cities of more than 200,000 inhabitants—and these urban areas account for more than 54 percent of the region’s GDP. By 2025, the “consuming class” could double in size to 125 million households, leading to increased demand for consumable goods and services throughout Southeast Asia2. Foreign investments exploded in Singapore (sometimes called the Monte Carlo of Asia), causing housing prices to increase (along with “bubble” speculation) and, in some cases, displacement of local middle-income households.

After the financial crisis of 2008, demand for housing strengthened in response to the low interest-rate environment and rising incomes. As households in Singapore, Malaysia and Thailand became highly leveraged, the Singapore government introduced regulation to cool down the overheating housing market, while banks in all three markets tightened their lending policies.

In Singapore, for example, home equity withdrawals are restricted on public houses, which comprise about 80 percent of total housing supply. In Malaysia, cashing out on home equity gains is only allowed if the property is sold or refinanced. Government regulation and fines have dampened foreign investments and housing demand. Housing prices in Singapore are now 9 percent less than their peak in 2013.

Income is the most significant factor driving consumer spending

Incomes have historically moved in step with consumer spending trends, and this is expected to continue going forward. However, incomes and spending can also vary significantly among Southeast Asian countries depending on the local economic outlook. For example:

• Singapore, Malaysia and Thailand are heavily reliant on exports to drive their economies.  They are greatly exposed to weakened global trade, including lower commodity prices and depressed manufacturing sectors, which is slowing down their economic and income growth.  As a result, consumer spending growth will likely also be lower.

• Indonesia and the Philippines are more reliant on domestic demand to power their economies. Workers in these markets are shifting into higher value-added sectors such as manufacturing and services, where jobs are increasing. This is pushing up productivity and wages, leading to growth in household incomes and consumer spending. 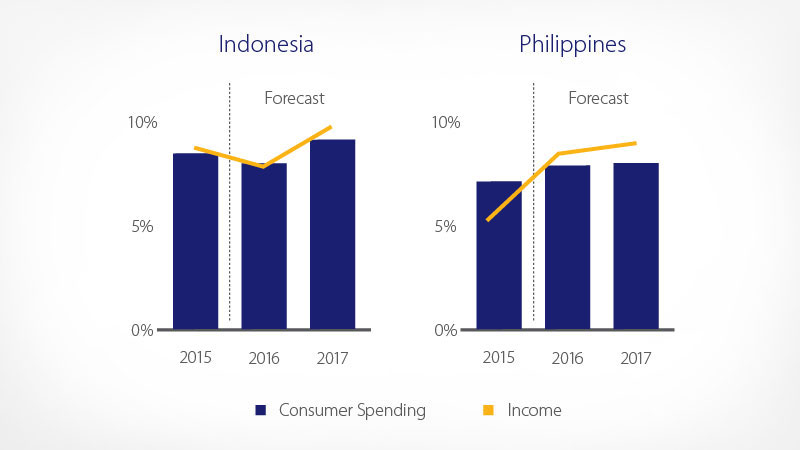 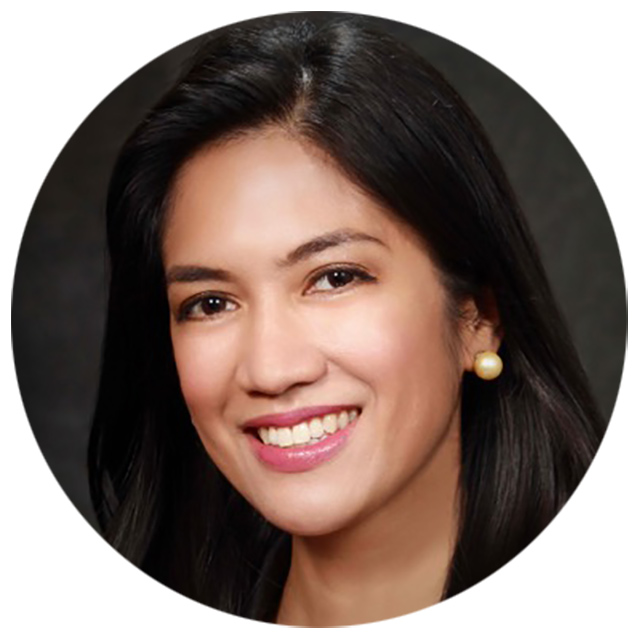 Chani Solleza is the Asia-Pacific Associate Economist at Visa, based in Singapore. Prior to Visa, Solleza held positions at Vale SA, Wood Mackenzie and Lafferty analyzing a broad range of industries, including energy, mining and the card business on a global and regional (Asia-Pacific and Southeast Asia) basis. She holds a master’s degree in public policy from National University of Singapore’s Lee Kuan Yew School of Public Policy and a bachelor’s degree in economics from the Ateneo de Manila University in the Philippines.

1 The frontier economies of Laos, Cambodia and Myanmar are excluded from this analysis.