U.S. consumer economic conditions remain strong, but declining confidence may be cause for concern

Forward looking indicators of the consumer sector such as average hourly earnings are pointing towards a more modest pace of consumer spending in Q4. Our focus will be on the consumer confidence measures as we look for signs that consumers are becoming worried about the economy

Despite slowing job creation, the labor market continues to support consumer spending growth. However, drops in confidence and rising consumer goods prices are offsetting positive effects from the job market 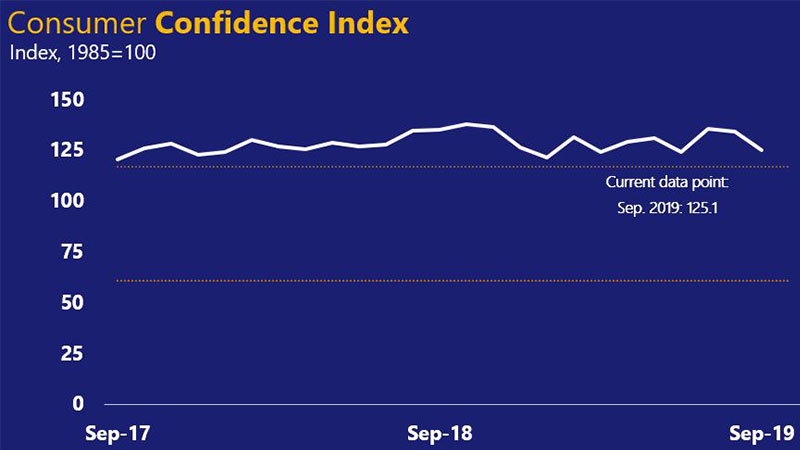