What will it take to get to a post-plastic world?

As we become more global, travel is increasing and there will be a need for our payments to be interoperable and work anywhere and everywhere

This article is excerpted from Visa’s first-annual report, Innovations for a Cashless World: Consumer Desire and the Future of Payments, which provides an outlook and predictions for FinTech in 2018. This is the second in a four-part series highlighting the report.

December 13, 2017 – Digital wallet adoption has risen signiﬁcantly in the last couple of years due to better, faster smartphones and fast mobile data connections. Consumers ﬁnd digital wallets convenient because they are freed from the burden of currency, coins, and last-minute trips to the ATM. They also make it easy for shoppers to redeem coupons, loyalty points from stores and banks, and airline miles. We know that the future holds some form of integration for these online wallets into our household devices and wearables, but whether it’s the TV or the fridge that ultimately becomes most successful is still a question.

The bigger dynamic at play currently is the various paths to digital wallet adoption, driven by two distinct factors: Local markets and consumer need. Local markets tend to be quite distinct from one another due to diﬀerences in regulatory frameworks, technological infrastructure, and the domination of a phone network or merchant provider. In every case where digital wallets have taken oﬀ, consumers have had a pressing reason to transact digitally, and their options are relatively frictionless and easy to access.

In global emerging markets, a lack of ﬁnancial infrastructure has led to the rise of phone-based payment systems. PayTm in India operates 200 million wallets, making it the largest mobile payment service platform in the country (The Economic Times). Its success is due to the demonetization of the 500 and 1,000 rupee notes, which created a dire need for digital currency. M-Pesa in Kenya, which lets people transfer cash using their phones, is in use by 67 percent of the adult population (over 17 million), and a quarter of the country’s GNP ﬂows through it (CNN). Alipay has reache dominance in China with 450 million users and is processing almost half of all online payments (TechCrunch).

For all of these economies, the digital wallets are trusted by consumers, and in the case of Alipay and others, they fulﬁll a regulatory function, making sure that consumers receive what they purchase and merchants receive their payments.

67 percent of the adult population in Kenya uses M-Pesa, a service that lets people transfer cash using their phones. 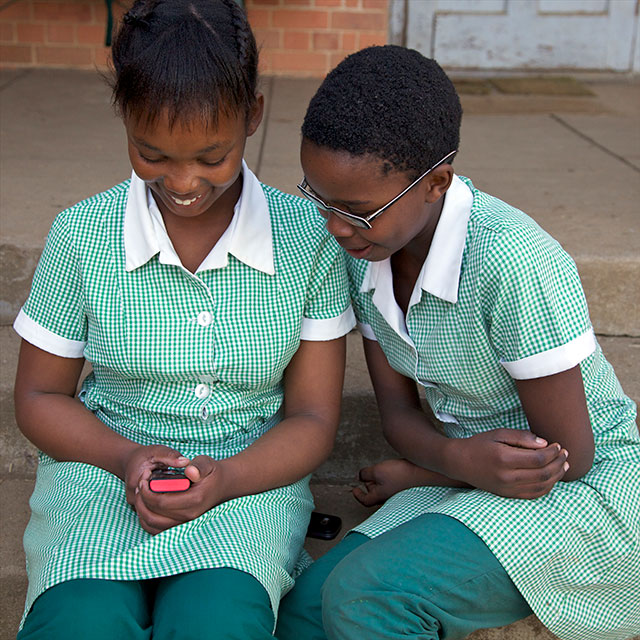 But the trend has not taken oﬀ in the U.S., where only 13 percent of adults have a digital wallet on their phones (Gallup). American consumers are also hesitant to adopt one-click payments online—they prefer to slow down and receive acknowledgment of their transactions (Gallup). Because of the widespread penetration of banks and credit cards, along with the rise of online payments between individuals facilitated by PayPal and Venmo, consumer need for digital wallets is less urgent. Yet as we become more global and travel more, there will be a need for our payments to be interoperable and work anywhere and everywhere. The high level of trust that consumers have in payment brands, to facilitate payment, as opposed to other consumer brands means that the dominant providers of digital wallets will likely include credit card companies.

We believe that anchoring the future of digital wallets—in our case, Visa Checkout directly in consumer needs and reducing payment friction will drive digital wallet development and use. 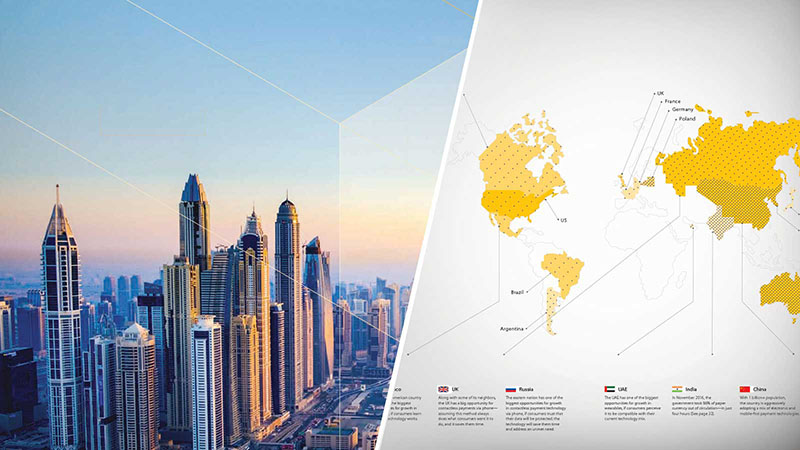 A new report identifies uniquely global industry trends changing the face of commerce, ranging from how the point of sale is transforming to cashless economies to the growing prevalence of the Internet of Things.